Currently there are 34 members of ASSITEJ Lithuania 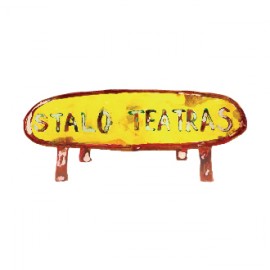 The Table Theater is a group of professional artists since 2004 creating object theater performances for children and youth. The performances are “served” with various houselhold and nature objects, acquiring faces and voices of the characters. The performances are based on literature, folklore and mythology of various countries. The theater presents its performances in Lithuania and abroad. Theater also conducts creative workshops, educational programs for children, seminars for teachers and creators. In 2011 and 2014 the theater was awarded by the Lithuanian Ministry of Culture award Golden Stage Cross.